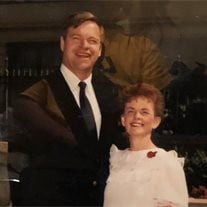 Wayne J Lewis, born June 8th, 1941 in Mesa, Arizona, passed away peacefully at his daughter’s home in North Logan, Utah, reuniting with his sweetheart and eternal companion, Maren, on November 8th, 2018. Wayne was the oldest son of Eddie Charles and Verna Bushman Lewis. Wayne was mostly raised in Mesa but also lived in Tennessee, Texas, graduating from Sandia High School in Albuquerque, New Mexico. After serving in the army, Wayne served in the Southern States Mission for the Church of Jesus Christ of Latter-day Saints. Upon his return, Wayne and Maren were married in the Mesa Arizona Temple on January 25th, 1963, beginning an amazing union. The two were inseparable until her death in 2012. Wayne received his BA (1969) and his Master’s (1981) at Brigham Young University (BYU). His master’s thesis identified the names of over 6,700 members of the Church of Jesus Christ of Latter-day Saints who had lived in the state of Missouri during the 1830s, also identifying the property owned by these early saints. He also began his PhD at BYU until major health complications caused him to withdraw from the program. Wayne’s work took him and his family to many places including Oregon, Kansas, Missouri, Utah, and Arizona, providing great adventures along the way. He loved mining, teaching seminary and religion courses in the College of Religion Education at BYU as well as working with the Presiding Bishopric’s Office in the department of LDS Philanthropies. He assisted in the financing of various projects of the Church and BYU, the Ezra Taft Benson Agricultural Institute, and served as assistant dean in the College of Biology and Agriculture at BYU. Wayne served in numerous positions in the Church, including bishop and Stake Patriarch. Wayne was a recognized historian on the Church’s history in Missouri and authored and co-authored several books on the subject. His love for Church History led to a collection of over five hundred books written about the Prophet Joseph Smith. Although Wayne was very successful in his work it was his success with his wife and children that brought him the greatest joy. His family has been very blessed and honored to be raised and loved by this gentle giant of a man. He loved his children, grandchildren, and extended family with all he had. He passed on the love of God, country, and family. Wayne also loved and passed a love for Christopher Columbus, rainbows, family history, but mostly BYU sports. Wayne is survived by his children, LaNea Merie Lewis Kammerer (Kurt), Wayne Jay Lewis (Darlene), Dr. Kent Talmage Lewis (Robyn), Ginger Lewis Boyd (Mark), Heidi Bengta Lewis Riboldi (Dr. Pablo), LaLoni Maren Lewis Stott (David), Mollie Jennifer Lewis Remund (Steve), Audrey Verna Lewis Maycock (David), Eddie Edison Lewis (Jennyfer), Jenny Lynelle Lewis, AnnieLee Lewis Montgomery, and Jacob Clyde Michael Leavitt Lewis (Noelle), 51 grandchildren (and 18 spouses of his grandchildren); 18 great-grandchildren (with 6 more on the way). He is also survived by his sister and brother-in-law, Shirlene and Mike Lee. Wayne was preceded in death by his dear wife Maren (2012), his parents, and four siblings, Marilyn (1937), Eddie Verlyn (1947), Lynelle (2003), and Jerry Lynn (1952). A time to visit with the family will be on Friday, November 23rd, from 6-8 PM at Bunker’s University Chapel, 3526 East University, Mesa and 9-10 AM on Saturday, November 24th at the Desert Ridge Stake Center, 3440 South Signal Butte, Mesa. The funeral will follow at 10 AM. Interment in City of Mesa Cemetery.

The family of Wayne J Lewis created this Life Tributes page to make it easy to share your memories.