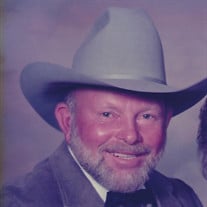 Warren Oliver Leonhardt passed away unexpectedly in his sleep, Aug. 19, in Randolph,Utah, while spending time with the family he loved so dearly. Warren was born Oct.12, 1941, in Logan, Utah, to Oliver Charles Leonhardt and Loral Mary Putman. He grew up in Providence working on the family farm, milking goats and cows before school and hurryinghome after school to do it all over again. Warren possessed a great work ethic as he wenton to pursue his life profession, working construction as a talented brick mason,a job he did for 40-plus years before taking an early retirement at age 62. Throughout Warren’s life, he loved to go fishing, hunting and camping with friends and family.“Wardle,” as he was affectionately known by family and close friends, would spend hours tendingto his garden and sharing the fruits of his labors with others. Warren married the loveof his life, Shauna Campbell, on Aug. 10, 1984, in Jackson Hole, Wyoming. They hadjust celebrated 33 years together. After Warren’s retirement, he, Shauna and “Mr.Balls” spent many afternoons and weekends taking rides in the mountains, working in their yard and spending time tinkering in “his” shop. With Warren’s passing, he takes with him his secretfishing hole and fresh asparagus patch. We will miss his dry wit and humor, but even morehis kind heart. Beside Shauna and the “Balls” being the love of his life, two little boys, Lathamand Holden, stole “Ordles’” heart. He loved spending time in Randolph with these two little boys along with their mom and dad, Warren’s niece Carrisa and Shad Willis. Warren was a man of fewwords, but when he spoke it was worth lending your ear. Warren was blessed withthree children: Tana, Linda Jo and Randy.Warren leaves behind his wife, Shauna of Smithfield; brothers Earl and Louis Leonhardtof Providence; and sister LaDonna and Ariel Cantu of El Paso, Texas.At Warren’s request, there will be a private, family-only viewing on Friday, Aug. 25, at Cache Valley Mortuary, followed by a graveside service at the Smithfield City Cemetery, at 12:00noon for anyone wishing to attend.

Warren Oliver Leonhardt passed away unexpectedly in his sleep, Aug. 19, in Randolph,Utah, while spending time with the family he loved so dearly. Warren was born Oct.12, 1941, in Logan, Utah, to Oliver Charles Leonhardt and Loral Mary Putman.... View Obituary & Service Information

The family of Warren Leonhardt created this Life Tributes page to make it easy to share your memories.

Warren Oliver Leonhardt passed away unexpectedly in his sleep,...