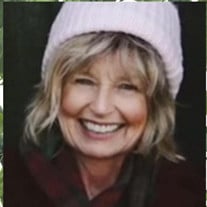 Sharon Elizabeth Lee was born on June 24, 1954 to Sophia Elizabeth Deem (Betty) and Arnold Theodore Lee in Plentywood, Montana. The Lee’s were farming outside of Plentywood and Sharon grew up a farmer’s daughter with many happy memories of farm life and animals and fun times with family and extended family. After graduating from Plentywood High School in 1972, she went to a veterinary technician school in Thermopolis, Wyoming. While living there she was contacted by missionaries of The Church of Jesus Christ of Latter-Day Saints and was baptized. This decision became a cornerstone of her life and affected everything she did thereafter. After completing her vet tech degree, she interned with a veterinarian at Aspen, Colorado. She eventually decided to seek further education at Montana State University in Bozeman in 1974 where she met Lonn Kirk in 1974 and after dancing her off her feet they agreed to marry on July 17, 1975. Together they immediately began raising a family. Joshua and Christina were born to them while Lonn was still attending MSU. He graduated in 1979 and accepted a teaching position in Winnett, Montana where in 1980 daughter April was born. They moved to Cache Valley that June. Sharon was always engaged in trying to stretch a dollar. She put her talent for sewing to use and sewed nearly all of her children’s clothing, much of her own clothing, and some of her husband’s clothing. In 1982 she started a small whole grain and specialty bakery in the south end of the Straw Ibis building (now the Café Ibis). She loved the creative outlet that it gave her and made many people happy with her various breads and cookies. Things were going well with the bakery until she found herself expecting another child. The smells of the bakery were just too much for her and in November of 1983 she sold the bakery. In March of 1984 she gave birth to another daughter, Sara. Sharon started delivering newspapers for the Herald Journal and continued this for thirty years and one month. After a few years of paper delivery, she won a mail contract and started delivering US mail in addition to the newspaper. She continued this for nearly thirty years as well until she and Lonn retired in 2018. In May of 1990 her youngest child was born, named Gabriel. Then she decided to go to school part-time and in 2002 completed a bachelor’s degree in accounting. Sharon loved music, played the piano well, loved to sing in the church choirs, and loved to teach piano, and even just a week before her passing she was playing the piano at home. She loved to teach in general and together with a friend she spent some time teaching inmates at the Cache County Jail. She also taught her daughters a lot about sewing, and did some tutoring of math to whomever needed help with it. Not long before passing she mastered making sourdough bread and taught this to her daughter Sara the week before she died. Sharon was always involved in improving herself and her surroundings and has created a beautiful home and yard and even in the last few months of her life when she was in a lot of pain, she made several improvements to her home and yard. Sometime early in the 2000’s she was asked to provide a food stand for the Mendon Pioneer Day celebration and before long her Navajo Taco Stand had become a regular attraction at that celebration and that continued for nearly twenty years. She became an advocate for the humanitarian non-profit called Days for Girls and eventually become the chapter leader of the Cache Valley group making thousands of kits of washable feminine hygiene products for girls and women in third world countries. This was one of her greatest joys and an incredible service to others whom she had never met. She did this for nearly ten years right up to the time of her passing. Sharon was always involved in serving others, no matter how busy she was with the regular duties of life. To her family, her community, and many far away she will always be thought of as a truly beautiful person, and a right regular saint. She is survived by her husband Lonn of Petersboro, son Josh (Carrie) of Providence Utah, daughter Christina McGarvey (Ross) of Millcreek Utah, daughter Sara Slott (Martin) of Plentywood Montana, son Gabe (Alexa) of West Jordan Utah. She is also survived by thirteen grandchildren, a sister Diane Whalen (Mike) of Billings Montana, two brothers Ralph and Howard of Plentywood Montana and a number of nieces and nephews and many loved ones. She was preceded in death by her daughter April Dawn in 2021 and her mother Betty also in 2021. Her father Arnold died several years earlier. It’s easy to say, but words cannot truly describe how much she will be missed.

Sharon Elizabeth Lee was born on June 24, 1954 to Sophia Elizabeth Deem (Betty) and Arnold Theodore Lee in Plentywood, Montana. The Lee&#8217;s were farming outside of Plentywood and Sharon grew up a farmer&#8217;s daughter with many happy... View Obituary & Service Information

The family of Sharon Elizabeth Lee Kirk created this Life Tributes page to make it easy to share your memories.