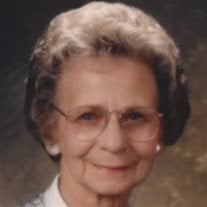 Seletta Rae Morris Pitcher&#8220;We love you more than the whole wide universe and back&#8221;Seletta returned to her Heavenly Father, February 11, 2014 following the effects left from her third stroke ten and one half months previous. Seletta... View Obituary & Service Information

The family of Seletta Rae Morris Pitcher created this Life Tributes page to make it easy to share your memories.