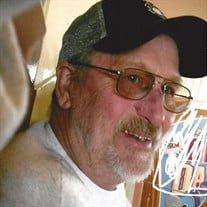 Randy A. Youngberg 63, of Logan Utah, passed away on September 12th, 2015. Randy was born March 6, 1952 to F.I. and Orene Youngberg, he was the youngest of four children. He spent his childhood in West Ogden, and his youth in West Point. Randy attended schools in West Ogden, Sunset, and graduated from Clearfield High School in 1970. Randy began his career as a Glazier at the age of 19 as the “screen delivery guy”, moving on to installation, design and fabrication of aluminum framework. You can see his glasswork from California to Texas. Randy took great pride in doing a job well done, and retired from the glass industry in 2010. At the time of his passing, Randy was employed by GE Healthcare. Randy married his best friend and the person who “got” him the most, Becky Smith, of Roy Utah on June 18th, 1974. They are the parents of three children: Shantel Peterson (Ryan) of Layton, UT, Ashton Youngberg of Eden, UT, Swenson Youngberg of Logan, UT, and proud grandparents of seven: Alec, Elliott, Ivy, Oliver and Uma Peterson, Cloee Youngberg, and Traven Youngberg. Randy always enjoyed the companionship of a Good Dog. He leaves behind his loyal sidekicks, Dakota and Tinker. Randy always said that the more people he met, the more he liked his dogs. Randy enjoyed classic cars, alpine skiing, hunting, target shooting, reloading spent ammunition, 4 wheeling, snow machining, and NCIS. Randy was a quiet, unassuming man, a homebody, not much of a talker, and always put others before himself.Randy is survived by his wife Becky, his children, grandchildren, Mother Orene Douglas Youngberg, Siblings: DeAnn (Bob) Dawson, Nyle Youngberg, and Val (Pam) Youngberg. He was preceded in death by his Father, Frank Ivar Youngberg and his Parents- In- law, Raymond and Elizabeth Smith. Randy always said her wanted to die of “something” and not just old age, and that “something” was Lung Cancer complicated by pneumonia. A viewing will be held on Wednesday September 16th, 2015 from 6-8 PM at Cache Valley Mortuary 3207 North Main Street, North Logan, Utah 84341, with Funeral Services on Thursday September 17th, 2015 at 11:30 AM. A viewing will be held from10-11 AM prior to services. Interment will be in the Logan Cemetery.Services are under the Direction of Cache Valley Mortuary 3207 North Main North Logan, 435-787-8514.A memorial fund account has been set up in his name at www.gofundme.com/randyyoungberg

Randy A. Youngberg 63, of Logan Utah, passed away on September 12th, 2015. Randy was born March 6, 1952 to F.I. and Orene Youngberg, he was the youngest of four children. He spent his childhood in West Ogden, and his youth in West Point. Randy... View Obituary & Service Information

The family of Randy A. Youngberg created this Life Tributes page to make it easy to share your memories.

Randy A. Youngberg 63, of Logan Utah, passed away on September...