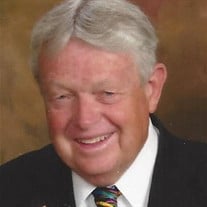 The world became a more dynamite place when our dad, Ralph Gerdes Degn was born in Logan, Utah on October 16, 1940 to Iris and Wilford “Bennie” Degn. By the time he graduated from Ogden High School he solidified his place as the piano man who also likes to blow things up. Being the piano man at Grand Canyon during the summer helped him play his way into a certain cabin maid’s heart and thankfully Mary Ann Daynes agreed to marry him on June 8, 1967 in the Salt Lake LDS Temple. Dad’s passion for fireworks, rockets, chemicals and all things pyrotechnic served him well as he decided to make a career out of it. We laugh about the fact that Mom had no idea he had any interest in rockets until she woke up to homemade rockets drying on their window sill two weeks after they were married. But a successful career he had. A few decades after starting his fireworks from the back of their station wagon, he has seen his fireworks light up the sky at local, national, international and even Olympic events. Some of Dad’s fondest memories were up at Pickleville Playhouse where he played the piano during the summer for over 30 years. He had a reputation of being the man playing ragtime with the flying fingers who was too busy smiling at the audience to look at his hands. Brazil has always had a special place in Dad’s heart. He began his missionary service there as a 20 year old. Later in life with Mom, he would return there three more times, first as the Sao Paulo North mission President (1993-1996), next as Administrator of the Perpetual Education Fund (2005-2006), and lastly as the President of the Brazil MTC (2012-2014). A total of 9 years serving a country and people he so dearly loved. For 8 years Dad taught classes for returned missionaries at the Logan LDS Institute, and was the author of two books to help them assimilate back into the “real world” while still keeping the spirit. Mom and Dad raised their family in River Heights, and we all loved it. Our yard was a kid’s paradise! Dad was mayor there, and was generally known as the man with one hand on the piano and the other on his prized cannon. In 2003 they moved to Wellsville and their new house has again been a gathering place for family and friends. To us kids, Dad was more than the “piano man” or firework creator that came home smelling of sulfur. He was the best birthday party magician, teacher, dish-washer, listener, “wagon-fixer”, elevator-ride-giver, master scripturian, back and arm scratcher, scout leader, bishop, daddy-daughter date and blamer-of-everything-on-the-dog there ever was. As children, we never doubted our dad’s testimony of Heavenly Father and Jesus Christ as it was not an uncommon occurrence for his children to find him in his office, kneeling in prayer. This testimony was manifested much more in action than words. Dad insisted that his family have early morning scripture study, family prayer and weekly Family Home Evenings. He even would stop during family vacations to hold a family testimony meeting, despite the occasional grumblings. But most importantly, Dad would testify of the Atonement every chance he could. Even as his body was being sickened and weakened by leukemia he still responded, “Stay close to the Lord Jesus Christ, for He is the key to happiness.”Shortly before Dad passed, he was asked what he thought it would feel like the moment he died and what that would be like. With wit that never left him, he responded, “I don’t know, but I intend to find out!” And find out he has! While surrounded by loved ones, Dad stepped into the next part of his eternity on August 27, 2016. At the time he was serving as ward organist, primary pianist (a calling he had been dreaming of for the last 40 years), and serving with Mom as leaders in the Stake Missionary Prep Course. Ralph G. Degn is survived by his best friend and wife, Mary Ann Degn, his sister Linda Fowers, his eight children (Chris, Matt, Patrick, Sarah, Jessica, Melissa, Anthony and Keith Nelson) their spouses, and 38 grandchildren. Friends may visit the family Friday September 2nd from 6 to 8 p.m. at the Wellsville Stake Center, 30 South Center Street. Funeral services will be held on Saturday September 3rd at 1 p.m. at the Stake Center with a viewing from 11 to 12:30 p.m. Interment will be at the cemetery in River Heights. Thank you for all the kind support our family has received. We have been greatly blessed.

The world became a more dynamite place when our dad, Ralph Gerdes Degn was born in Logan, Utah on October 16, 1940 to Iris and Wilford &#8220;Bennie&#8221; Degn. By the time he graduated from Ogden High School he solidified his place as the... View Obituary & Service Information

The family of Ralph G. Degn created this Life Tributes page to make it easy to share your memories.

The world became a more dynamite place when our dad, Ralph Gerdes...