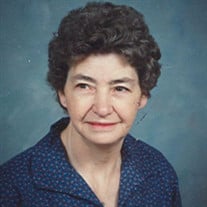 Nadine Parker Buhr Nadine Parker was born on January 17, 1931, to Benjamin Franklin Parker and Emma Christensen in Manassa, Colorado. She was the fifth of seven children. Nadine grew up in Manassa, Colorado. When she was in first grade, she got to ride the bus with her schoolmates to Alamosa (21 miles away) to go to the theater and see a new kind of motion picture, Snow White. Nadine graduated from High School in 1949. She met Francis Orville Buhr at a dance in Mesita, Colorado, and were soon married in 1951, and they had five children. Often Nadine would get together with her sisters to quilt. They used quilting as an excuse to get together and visit. The kids all loved seeing their cousins. We would play together and crawl under the quilt frames, and sometimes we even got a partial cup of Pepsi. Nadine made more than a hundred quilts during her life. Nadine loved to dance. She and Francis enjoyed square dancing. She was a seamstress, so she made her square dance outfits with matching shirts for Francis. Later, Nadine and Francis divorced. At that time, Nadine worked in the kitchen at Community Hospital in Durango, CO. She applied for a nursing program, and while working, she went to school and became an LPN. Working at the same hospital, she now worked in the nursery and cared for the newborn babies. She loved her job and the babies! Showing that love, she sang “I Am A Child of God.” to each of them. Nadine was always active in the Church of Jesus Christ of Latter-day Saints. She served in a variety of callings. However, she loved being a missionary the most. In the weeks before her passing, she said she wished she had made a list of all the times she served as a Ward or Stake missionary. She served two full time proselyting missions to England. She wanted others to know what she knew. Shortly after the divorce and starting nursing school, she was diagnosed with gout and Rheumatoid Arthritis. She suffered the rest of her life with arthritis and tried numerous medications over the years. Nadine never remarried. She has spent the last 50 years on her own and in great physical pain. Through it all, she remained cheerful, positive, and uncomplaining. She had a great sense of humor. Nadine was an adventurous soul. In 1964, she and Tom went on a bus tour to New York City to see the World’s Fair. Most of the adults on that trip did not want to serve as chaperons to the 12 and 13-year-old boys, Nadine did! She volunteered to do it and later said she had more fun on that trip than any of the other adults. In her adult life, she was up for a ride on the motorcycle or going camping. In her later years, she went on a couple of cruises. She even snorkeled and petted the stingrays. At 80 years of age, she wasn’t hesitant to ride the zip line or go forty feet in the air on a man lift. She was always a hard-working example of goodness and frugality. Until the end of her life, she lived at home. She kept her home clean, fixed her meals, made bread, and did her laundry, worked on family history, and read her scriptures. She was the last of her siblings to pass. We trust the reunion was joyful and spectacular! After her stroke, she was unable to talk. With a moment of clarity, she said the words: “I Love You.” These three words exemplify her life. She loved her parents and her sisters and brothers. She loved her children, grandchildren, great-grandchildren, and great-great-grandchildren. She loved her ward family and those with whom she served. She loved those whom she served in the mission field, and she loved her friends. “I love you,” were the last three words she spoke. Nadine is survived by her five children: Thomas Franklin and Wendy Buhr of North Logan, UT Yvonne Folsom of Cortez, CO Elizabeth and Richard King of Mancos, CO Terrance Patrick and Lori Buhr of Stansbury Park, UT Nancy and Wayne Decker of Henryetta, OK Her posterity includes: 23 grandchildren 54 ½ great-grandchildren 1 great, great-granddaughter And 20 served full-time missions We Love You Mom!

The family of Nadine P Buhr created this Life Tributes page to make it easy to share your memories.