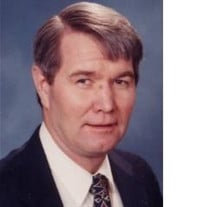 Lyman Stuart Maughan, 65, of Wellsville, Utah, passed away peacefully at home Saturday, October 18, 2014. He was born May 17, 1949, in Logan, Utah, to William Lyman Poppleton and Edith Smith Maughan, the third of seven children.He grew up on a farm in Mt. Sterling and learned the value of hard work from his parents and siblings while planting and harvesting beans and hay and milking cows.Stuart attended Floradell Elementary School in Wellsville, and South Cache Jr. High, and graduated from Sky View High School, 1967, with participation in football and wrestling. He attended Ricks College and served in the Idaho National Guard. He married Pamela Riley, September 4, 1973, in the Logan LDS Temple. They were blessed with five children, Amy, James, Kristian, Adam, and Jordan. They were later divorced. Stuart married the love of his life, Marilyn Michelle Murray, May 30, 1997, sealed in the Logan LDS Temple July 5, 1997.Stuart was a positive, loving, patient, resilient and outgoing individual with unique interests and hobbies. They included beekeeping, running, gardening, raising exotic birds, llamas and koi. As a jack of all trades, he especially enjoyed designing and building a cabin at Bear Lake. Many of his neighbors and friends were beneficiaries of his talents. His beautiful tenor voice brought joy to many ward choirs and the Mountain Men Chorus. He was a faithful member of the Church of Jesus Christ of Latter-Day Saints and served as a missionary in the Northwestern States, 1968-70. He provided dedicated service in church callings throughout his life. Family history research was a high priority and he spent many hours on the computer searching for ancestors and their histories. A highlight of his life was visiting English ancestral locations. Stuart was employed for the past forty years at E. A. Miller (JBS), Hyrum, Utah, forming close friendships with management and co-workers.Stuart is survived by his wife, Marilyn, children, Amy (Scott)Wells, James (Trisha), Adam, Jordan (Britnee), his siblings, Laurel, Vickie Orme, Leslee (Mark) Wessel, Curtis (Maxine), Jarvis (Nancy), six grandchildren and numerous nieces and nephews. He is preceded in death by his parents, father-in-law Louis Paul Murray, parents-in-law Clifford and Dora Riley, son, Kristian, sister, Marsha Adams, two brother-in-laws Terry Adams and J. Scott Orme.Funeral services will be held at 12:00 noon on Friday, October 24, 2014, at the Wellsville LDS 10th/11th Ward chapel, 48 West 1450 South (Mt. Sterling), Wellsville. Viewings will be held Thursday, October 23rd, 6-8 pm, and prior to funeral services, 10-11:30 am at the church.Services under direction of Cache Valley Mortuary. Please share memories and condolences at www.cvmortuary.com.

Lyman Stuart Maughan, 65, of Wellsville, Utah, passed away peacefully at home Saturday, October 18, 2014. He was born May 17, 1949, in Logan, Utah, to William Lyman Poppleton and Edith Smith Maughan, the third of seven children.He grew up on... View Obituary & Service Information

The family of Lyman Stuart Maughan created this Life Tributes page to make it easy to share your memories.