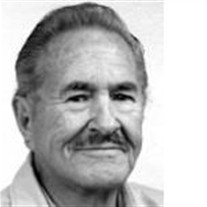 Kermit James Herd Jr., 84, passed away peacefully Friday, Jan. 16, 2015, at Logan Regional Hospital. Kermit was born on May 7, 1930, to Kermit and Elsie Herd in Preston, Idaho. He was the oldest of seven children. His siblings are Sharon Bright, Hope Hymas, Gay Abbott, and three younger brothers that passed away as infants; Legrand Herd, Keith Herd and James Herd. He married Joan Larson in December of 1954. They had nine children. They were later divorced. Kermit attended high school in Preston, Idaho, where he excelled at basketball, singing and drama. He served in the Navy for four years right out of high school and then served an LDS mission to New York. Kermit graduated from Utah State University with a master's of fine arts. He was blessed with an incredible singing voice and performed in countless musicals and plays throughout the country his entire life. He taught drama in Vernal, Utah, and then for more than 20 years in Powell, Wyoming, at Northwest College. After retiring he moved to Logan to help take care of his mother. He loved performing and even as recently as this past summer he was singing at the Tabernacle in Logan. He is survived by his children, Kristine (Pat Goodale) Prior, Billings, MT, Lauri (Alfie) Mackevicius , Omaha, NE, Kelly (Margie) Herd, Surprise, AZ, Dane Herd, Powell, WY, Nicole (Brian) Cooper, Sterling, UT, Alayne (Kevin) Nielsen, Logan, UT, Brett (Jaquelin) Herd, Portland, OR, Shawn (Bree) Herd, St. George, UT, his sister Hope (Gary) Hymas, and brother-in-law Glen Bright. Kermit has 30 grandchildren and six great-grandchildren. He was preceded in death by his son Michael Herd, daughter-in-law Norma Herd, son-in-law Rick Nysingh, sister Sharon Bright, sister Gay Abbott, and his parents, Kermit and Elsie Herd.Funeral services will be at 2 p.m. Friday, Jan. 23, at the First Presbyterian Church, 12 S. 200 West, Logan, UT.

Kermit James Herd Jr., 84, passed away peacefully Friday, Jan. 16, 2015, at Logan Regional Hospital. Kermit was born on May 7, 1930, to Kermit and Elsie Herd in Preston, Idaho. He was the oldest of seven children. His siblings are Sharon Bright,... View Obituary & Service Information

The family of Kermit James Herd Jr. created this Life Tributes page to make it easy to share your memories.