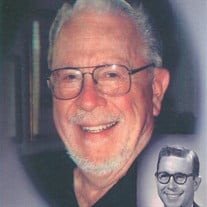 Joseph “Ted” Theodore Elders passed away September 21, 2017 due to cancer at South Jordan, Utah at the age of 88. He is predeceased by his parents, Joseph Theo Elders and Bernice LaVerne Vest Elders. Ted is survived by his loving wife Linda Peters Elders, of 6 years. They were married in Layton Utah, on July 9, 2011. Ted is lovingly remembered by his daughters Stephanee (Douglas) Mower, Logan, Utah; Kari (Craig) Wright Layton, UT; Nicci Elders Salt Lake City, UT; Angela Elders Salt Lake City, UT; Son Kevin Elders Sequim Washington; step-son, Robert M.(April) Peters Riverton UT, step-daughter Judith L. Peters, Salt Lake City. Also 15 Grandchildren, Jason (Melissa) Miller, Broden (Hope) Miller, Derek (Breanne) Miller, Zachary (Kimberly) Miller, J D (Michelle) Mower, Dallin (Hannah) Mower, Adam (Liz) Wright, Scott Wright, Sean Wright, Casey Harrison, Coty (Amy) Harrison, Jamie Elders, Harley Elders, Trevor Elders, Nash Elders, Alexandria (Matt) Heimieller, Breanna (TJ) Evan, and 26 great grandchildren Ted was born in Provo, Utah, on October 24, 1928. He graduated from South High School in1946, and went on to get his Bachelor Degree at University of Utah and continued his schooling and received his Doctorate degree in 1958 at the College of Physicians and Surgeons in San Francisco, CA graduating Cum laude, and President of his class, winning 7 out of the 10 graduation awards for excellence. He was an outstanding dentist and practiced in Utah and California.He owned and ran Dr Elders Crown & Bridge Studio and Dental Lab creating beautiful crowns, bridges and inlays for more than 20 years. He was a very generous person and loved helping people with needed dental work by donating his time and talents back to the community. Ted became a radio announcer at the age of 16 working for a local radio station. Later did a program on the top of Hotel Utah every Saturday night called “Boulevard of Melodies” which was recorded and broadcast over a large region of the United States. Ted enjoyed, skiing, boating, camping, traveling and going on Jeep trips with his good friend Sears Evans, he was a great athlete and loved many sports playing football and track and field for the U of U. He was also very artistic and a gifted painter, producing a variety of beautiful paintings and drawings. Ted also designed and built many beautiful homes during his life and was very proud of his success as a designer. He had a beautiful singing voice and was always singing throughout his life. He performed in many churches and plays throughout the Wasatch front. He had many talents and was a perfectionist at everything he did. Ted was a religious man and had a strong belief in God He was extremely loved by his wife and family and will be greatly missed. A Viewing will be held at the LDS Church, 65 East Center St, Hyde Park, Utah 84318 at 10:00 A.M. till 10:45, Funeral services to follow at 11:00 A.M. Funeral Service under the direction of Cache Valley Mortuary.

Joseph &#8220;Ted&#8221; Theodore Elders passed away September 21, 2017 due to cancer at South Jordan, Utah at the age of 88. He is predeceased by his parents, Joseph Theo Elders and Bernice LaVerne Vest Elders. Ted is survived by his loving... View Obituary & Service Information

The family of Joseph Theodore Elder created this Life Tributes page to make it easy to share your memories.