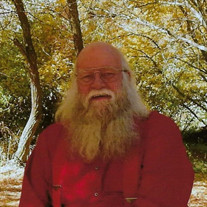 Jerome Seth Thornley was born on January 13, 1945, in Smithfield, Utah to Seth Artell & Verda Emma Kirby Thornley. He grew up in Smithfield Utah and attend Cache Counties schools. As a young boy, Jerome came down with rheumatic fever which caused him heart problems later in his life. During the rheumatic fever incident all the kids including Jerome, had to have their blood type tattooed on their rib cage. He was called to serve in the Central British Mission. After his mission he and a dear friend join the military, and Jerome was asked where he wanted to serve after basic training. He told them in Germany, and that is where he served for a short time. Upon returning home from Germany, he joined the Army Reserves. He married Marilyn Swartz Brown on June 11, 1970, in the Logan Temple, and adopted Marilyn two children later on. He worked for Wurlitzer’s piano and then for Thiokol for 29 years before retiring. In 1999 he purchased a Blue Cadillac and joined the Wasatch Car Club and the Cadillac Club. He loved driving the caddy, as he called it, in parades and showing it off at car shows. A relative talked him into being Santa for their car club which he was hesitant, but as soon as he put on the Santa Suit, he was hooked. He loved being Santa for the car club, and he even was the Santa for the Ogden City parade in 2010. In 2012 he again played Santa for Ogden City and turned on their Christmas lights. In 2017 was Jerome’s last stint at playing Santa at the Perry Walmart passing out candy canes to all the children that came into Walmart. He also loved collecting Santa figurines, which he had an extensive collection. He was proceeded in death by his parents, brother, wife, and son. He is survived by his two daughters Leisa (Randy) McMurdie of North Salt Lake, Jeana (Kory) Heiner of Logan, four grandchildren and one great-grandchild. A Funeral service with be held on Friday, November 5, 2021, at the Smithfield 17th Ward House located at 300 S 370 E Smithfield, Utah. A viewing will be held from 9:30 – 10:30 am. Funeral Services will start at 11:00 am. Family would like to thank all those who took care of Jerome this last year. In lieu of flowers please consider donating towards the cost of the funeral services.

Jerome Seth Thornley was born on January 13, 1945, in Smithfield, Utah to Seth Artell & Verda Emma Kirby Thornley. He grew up in Smithfield Utah and attend Cache Counties schools. As a young boy, Jerome came down with rheumatic fever which... View Obituary & Service Information

The family of Jerome Seth Thornley created this Life Tributes page to make it easy to share your memories.