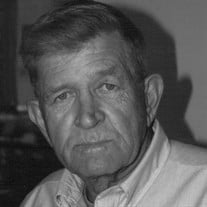 Our father, Jack Dee Heyrend, passed away Saturday January 14, 2017 at the age of 75, in North Logan, Utah. He was born July 16, 1941 in Logan, Utah, to Earl Lawrence Heyrend and Geneva Ricks. Their union was blessed with four children: Doug, Jack, Joan, and Lyle. Jack grew up in Providence and Hyrum and attended Cache County schools. He was a member of The Church of Jesus Christ of Latter-day Saints. He was a man of few words with a dry sense of humor. He loved the great outdoors and spent many happy hours hunting and fishing in the beautiful mountains surrounding Cache Valley. His favorite hunting spot was the old Baxter Sawmill up Blacksmith Fork Canyon. He worked in the construction industry in Utah and Idaho. He retired in Riggins, Idaho, along the banks of the Salmon River where he spent many quiet days fishing for salmon and trout; because life’s too short to fish only on weekends. Many of us have fond or funny memories of camping, hunting and fishing with him. One of his loves was making his own roads in the Green Bean. You hadn’t experienced 4-wheeling until you went with Dad. Especially when you got stuck-if he walked around the Land Cruiser whistling, you knew it would be a long day. With encouragement, he moved back to Utah because of his health and to be near his family. He married Vonda Poppleton and they were blessed with three children: Jack Dee (Bonnie) Heyrend, Sandra (Stuart) Buck, and Sherry Baker. They later divorced. He married Wanda Preslar and they were blessed with two children: Kristy (Tony) Honein and Rick (Jennifer) Heyrend. Wanda preceded him in death. Jack Dee Heyrend is remembered by his five children, brother Lyle (Ethel) Heyrend, sister-in-law Jean, and sister Teresa Heyrend, 18 grandchildren, 26 great-grandchildren, many cousins, a niece and two nephews. He was preceded in death by his parents Earl Heyrend and Geneva Baxter, stepfather Raymond Baxter, brother Doug, and sister Joan. Graveside services will be held on Friday, January 20, 2017, at 11am, at the Providence Cemetery. Arrangements provided by Cache Valley Mortuary.Thanks to Encompass Hospice and the staff at The Gables Assisted Living for their care and support.

Our father, Jack Dee Heyrend, passed away Saturday January 14, 2017 at the age of 75, in North Logan, Utah. He was born July 16, 1941 in Logan, Utah, to Earl Lawrence Heyrend and Geneva Ricks. Their union was blessed with four children: Doug,... View Obituary & Service Information

The family of Jack Dee Heyrend created this Life Tributes page to make it easy to share your memories.