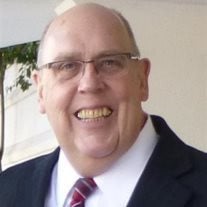 Donald James Boyle, age 67, passed away on Monday, January 13, 2014 after a courageous battle with cancer. He was born Oct 23, 1946 in Logan, Utah to William Sidney and Rowena Christensen Boyle. Don attended North Cache High School, graduating in 1964. After graduation, Don joined the National Guard and served from 1964 – 1969. He attended Utah Technical College from 1964 – 1965 in auto mechanics. He then attended Utah State University from 1967 – 1971 and received a B.S. Degree in Automotive and Diesel Technology from the College of Engineering. He received Phi Kappa Phi Honors at graduation.He was a member of the Society of Automotive Engineers, The Maintenance Council of the ATA, Western Highway Institute.He taught at Logan High School in 1970 and taught classes in Industrial Arts or Vocational Education.Don worked at Kennecott Copper as a shop foreman. He then worked for Consolidated Freightways, CNF Transportation & Emery Worldwide. He retired in 2001 after working loyally for 30 years.Don was a faithful and devoted member of the Church of Jesus Christ of Latter Day Saints. He had many church callings including Bishop. After moving to St. George in 2002 he served a mission with his wife in the Ohio Columbus Mission. He also served in the St. George Temple for 12 years. He is survived by his sister Ann Boyle Grant, PHD, his brother William Sidney Boyle Jr. and his wife Susan Pedersen Boyle.Don and Sue were married on August 6, 1965 in the Logan Temple. They have 3 children, Rebecca Sue Moulton (Keith), Debra Call (Stuart) and James Sydney Boyle (Holly). They have 9 grandchildren, Marcus (Emily), Jessica, and Brooke Call, Ryan (Tillie), Chad, Alex, Kamela Moulton, Sydney and Cameron Boyle. Our first great grandchild is expected in early July. A viewing will be held Friday, January 17, 2014 from 7:00 – 9:00 pm and Saturday January 18 from 9:30 – 10: 30am in the Ivins LDS Church , 625 East Center, Ivins, Utah. Funeral services will be held Saturday, January 18 at 11:00 am at the Ivins LDS Church. Internment will take place at 11:00 a.m. in the Hyde Park City Cemetery in Hyde Park, Utah on Monday, January 20, 2014. Arrangements are made under the direction of SereniCare Funeral Home (435) 986-2085. You are invited to share memories and condolences at www.serenicareofstgeorge.com.

The family of Donald James Boyle created this Life Tributes page to make it easy to share your memories.