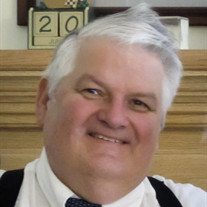 Dale Lynn Willes passed away at home, surrounded by family, on Dec. 31, 2018, in Smithfield, Utah. Dalewas born in Logan, Utah,on Dec. 4, 1948, to Emery Hyde Willes and Bertha Evelyn Anderson Willes. He grew up in Southern California and Kailua, Hawaii, as the middle child of a large family. He brought a precociousness and quick wit to the home. His siblings remember him as being intelligent and excelling in everything he put his mind to. He was both determined and firm, as well as warm and encouraging when they needed it. This remained true throughout his life, as he kept close relationships with each of his eight siblings. At Kailua High School, he learned to play the ukulele and guitar. This would go on to influence Dale’s lifelong signature attire of a pocketed T-shirt, Hawaiian-print shorts and flip flops. As a sophomore in high school, Dale’s nomination for school motto was selected: “Let knowledge be your board as you travel across the waters of life pursued by the surf of ignorance.” Dale loved his country and served in the US Navy for three years before he was honorably discharged. He served as a missionary for The Church of Jesus Christ of Latter-day Saints in the Eastern States Spanish Mission, with its headquarters in New York City, from 1967-69. He was skeptical of his ability to learn another language, but he successfully learned Spanish and developed a love for languages that continued throughout his life. At age 23, Dale was in a car accident and spent some time healing in the Utah Valley Hospital in Provo. While there, he met a beautiful nurse named Candice May Krans. They later married in the Manti, Utah, LDS Temple on Aug. 21,1973. Dale graduated from Brigham Young University the following year with a degree in accounting. Dale and Candy have four children, two girls and two boys. His children have fond memories of their dad and his ability to fix anything with determination and ingenuity like no one else. They made their home in Sacramento, California, where Dale worked as an accountant and fiscal chief for SETA for over 25 years. During this time, Dale served in his church in several roles. He was a natural leader, and people would often come to him for his perspective and advice. Throughout his life, Dale loved to read and learn. The LDS scriptures and church doctrine were dear to him. He could quote verses on any occasion and loved to share what he had learned with others. Dale and Candy moved to Cache Valley in 2006, and Dale worked at Utah State University in their accounting office for seven years. Dale could be seen snow-blowing his driveway in his Hawaiian-print shorts and a jacket. He enjoyed having a garden and sitting outside with Candy tending to his vegetables and fruit trees. Dale was an amazingcook and would say that he could make a pie from scratch since age 5. In his later years, Dale wrote two books capturing his life story as a dedication to his family and served alongside Candy in the Logan, Utah, LDS Temple. Dale, we love you and will miss you. We will always remember your laugh and sense of humor, our conversations and your stories, your calming singing voice, your hugs, your fried rice and carrot cake, and your sweet testimony of the gospel. We’ll save you a seat at the dominoes table. Dale is survived by his love, Candy; his children: Jeremy Willes, Heidi (Tyler) Hess, Caren Tobler, and Joseph Willes; his seven grandchildren: Kiana Willes, Kelemai Willes, Kalina Willes, Kainoa Perniz, Adam Tobler, Kip Tobler, and Liam Hess; and his siblings: Emery (Marlene) Willes, Bette (Rulon) Jacobsen Ball, Carolyn (Thomas) Borges, Kenneth Willes, Robert (Kathy) Willes, Riki (Alex) Styles, and Kristine (Saboor) Sahely. He was preceded in death by his parents and his brother, Grant. Funeral services will be held Saturday, Jan. 12, 2019 at 11:00 am. at The Church of Jesus Christ of Latter-day Saints building, located at 625 E. 600 South, Smithfield. There will be viewings at the same location from 9:30 to 10:30 a.m. before the service, as well as the evening before, Friday, Jan. 11, from 6 to 8 p.m. Dale will be buried in the Smithfield Cemetery. Funeral services under the direction of Cache Valley Mortuary, (435)787-8514. Please share a favorite memory or offer condolences to that family by leaving a tribute on this page.

The family of Dale Lynn Willes created this Life Tributes page to make it easy to share your memories.

Dale Lynn Willes passed away at home, surrounded by family, on...