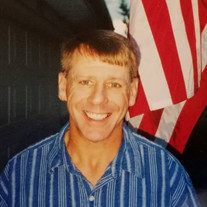 Carruthers Donelson “CD” Hays, 60, of Logan, Utah passed away peacefully on Friday, August 3, 2018 at Rocky Mountain Care due to cancer. CD was born to Samuel Jackson and Elizabeth “Betty” Hansen Hays on May 13, 1958 in Memphis, Tennessee. He was preceded in death by his father, mother, and sister Martha Parker Hays Robison. He is survived by his wife, Greta Jo Houston Hays of Logan, Utah; his brother, Samuel Jackson “Buddy” Hays and sister-in-law Ronalda of Niceville, Florida; his sister Elizabeth “Cissy” Hays Razee and brother-in-law Kempton of Rehoboth, Massachusetts; and his half sister Trina M. McKeller of Jacksonville, Florida. CD graduated from Sheffield High School, Memphis, and earned a Bachelor of Science in Engineering Technology from the Herff College of Engineering, Memphis State University (now the University of Memphis). He was a lifelong voracious learner. He had a 22-year career as a maintenance electrician for Nucor-Yamato Steel of Blytheville, Arkansas and Nucor Steel of Plymouth, Utah. He was briefly employed by Young Electric Sign Company of Logan, Utah as he began his first round of chemotherapy in January 2012. CD proudly served 14 years in the US Marine Corps Reserve as an aviation ordinanceman. He was selected by his squadron as Marine of the Year 1985. He met his wife Jo in college. They were married on September 1, 1990 at his parents’ home in Memphis, Tennessee. They lived in Marion, Arkansas before moving to Logan, Utah in April 1997. CD was a kind, considerate, and loving husband who devoted himself to Jo. He was the love of her life. CD had numerous hobbies and interests, including model rocketry, English darts, target shooting, coin and currency collecting (numismatics), stamp collecting (philately), ham radio, and a love for parrots. CD never met a stranger. He will be remembered for his generosity, his willingness to help others without regard for his own condition, and his intense focus when he was “on task.” His daily prayer was “Make me mindful of the needs of others.” The funeral service is Wednesday, August 8 at 3 pm at the LDS Church at 1260N 1600E in Logan, UT. There will be a reception at the church immediately afterward from 4 – 6 pm. A memorial service will be held in Memphis, Tennessee at the time his remains join those of his parents and sister. Please contact Cache Valley Mortuary at 435-787-8514 or [email protected] to receive updates regarding the Memphis service.

The family of Carruthers Donelson "CD" Hays created this Life Tributes page to make it easy to share your memories.