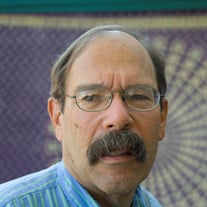 Barry Martin Franklin, loving husband, father, and history of education scholar, died peacefully in Logan, Utah surrounded by his family on January 15, 2017. He was 72 years old. He is survived by his wife, Lynn Marie Franklin and sons, Nathan B. Franklin and Jeremy D. Franklin. He was married to Lynn Marie for 37 years, and will rest with her and his sons in their hearts. Barry was born in Los Angeles, California on July 22, 1944 to Ruth Safran and Philip Franklin. His younger sister, Debbie Wong, was born 8 years later. He graduated from Van Nuys High School in 1962, and attended California State University-Northridge, where he earned a B.A. in History. His post-baccalaureate work resulted in two master’s degrees (a Master's of Arts in Teaching from the University of Chicago in 1969 and a Master's of Science in Education from the University of Wisconsin-La Crosse in Special Education in 1978), and a PhD in Curriculum and Instruction from the University of Wisconsin Madison in 1974. After earning his doctorate, Barry joined the faculty at the University of South Carolina at Spartanburg. He went on to be an Assistant Professor at Augsburg College in Minneapolis, MN where he met his wife, Lynn Marie. Barry went on to be an Associate Professor at Kennesaw State University, and a Full Professor at the University of Michigan-Flint, where he was also Chair of the Department of Education. Barry ended his career at Utah State University, where served as Head of the Department of Secondary Education and Assistant Dean for Global Teacher Education at Utah State University. He was professor emeritus at Utah State when he passed. During his illustrious career, Barry was honored as a visiting professor and fellow at numerous institutions, including the University of Wisconsin Madison and the University of London – Institute of Education. He was the Leverhulme Trust Visiting Professor at the University of London, England. Barry was also the author and/or editor of more than 15 books and 60 journal articles. Barry’s first and most celebrated work was Building the American Community: The School Curriculum and the Search for Social Control. Among Barry’s extraordinary passions was collaborating with friends, students, and colleagues on scholarly research and writing. Barry found community not only in writing, but also in professional organizations such as AERA, where he served as Program Chair of Division B, and was nominated for the Office of the President Elect and the History of Education Society. Barry’s research and writing concerned the connections between community and education, which was inspired by his close relationships with family, friends, and colleagues. A memorial service will take place Sunday, January 29th, at 3:00pm, at the Cache Valley Unitarian House, located at 596 East 900 North, Logan, UT 84321. In lieu of flowers, the family encourages contributions to charities that advance education, community development, and civil rights. The Barry M. Franklin Scholarship Endowment Fund is set up at Utah State University to honor his teaching, research, and community service. We encourage you to contribute to his lasting memory at http://usu.edu/franklin.

Barry Martin Franklin, loving husband, father, and history of education scholar, died peacefully in Logan, Utah surrounded by his family on January 15, 2017. He was 72 years old. He is survived by his wife, Lynn Marie Franklin and sons, Nathan... View Obituary & Service Information

The family of Barry Martin Franklin created this Life Tributes page to make it easy to share your memories.